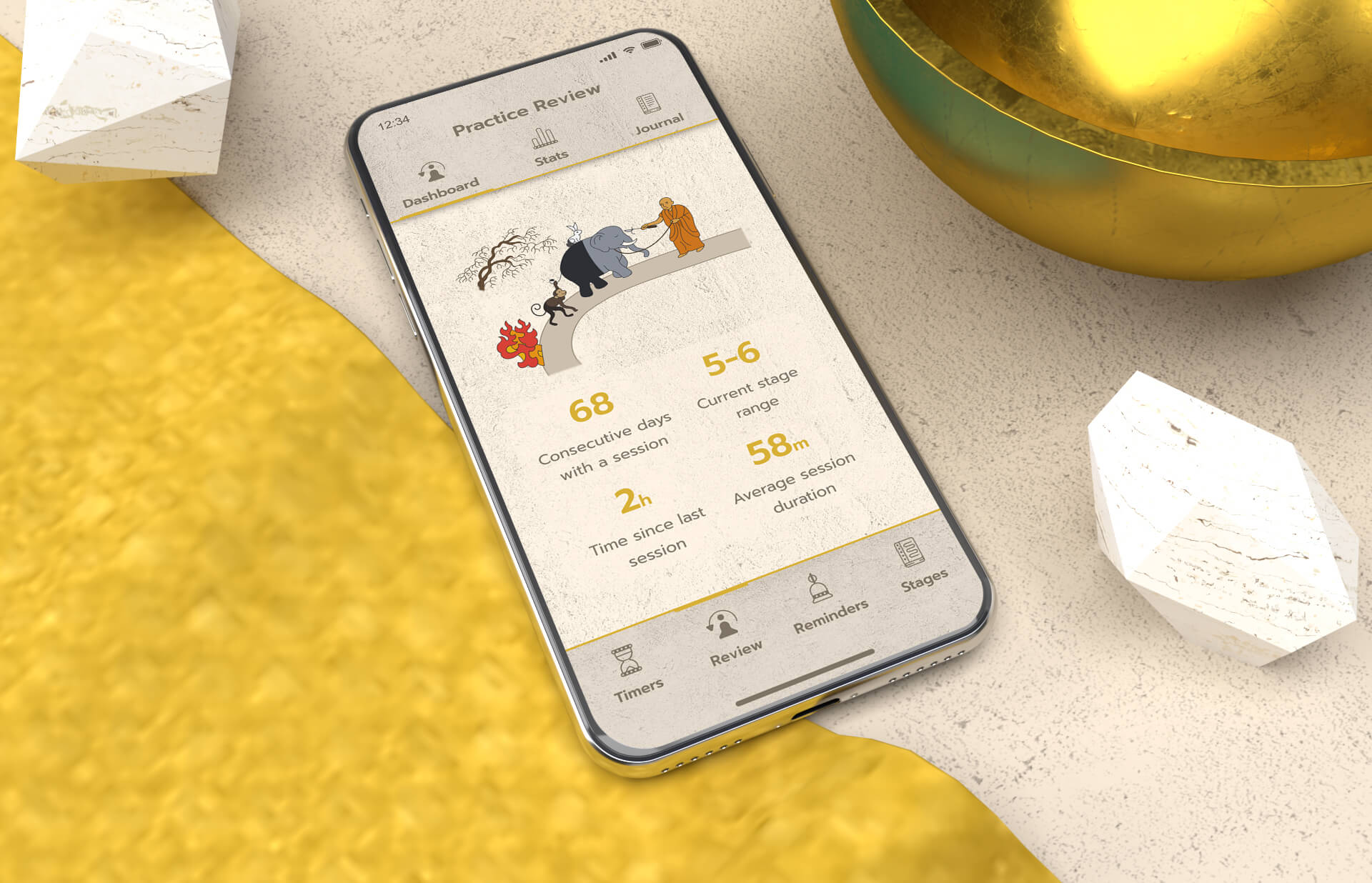 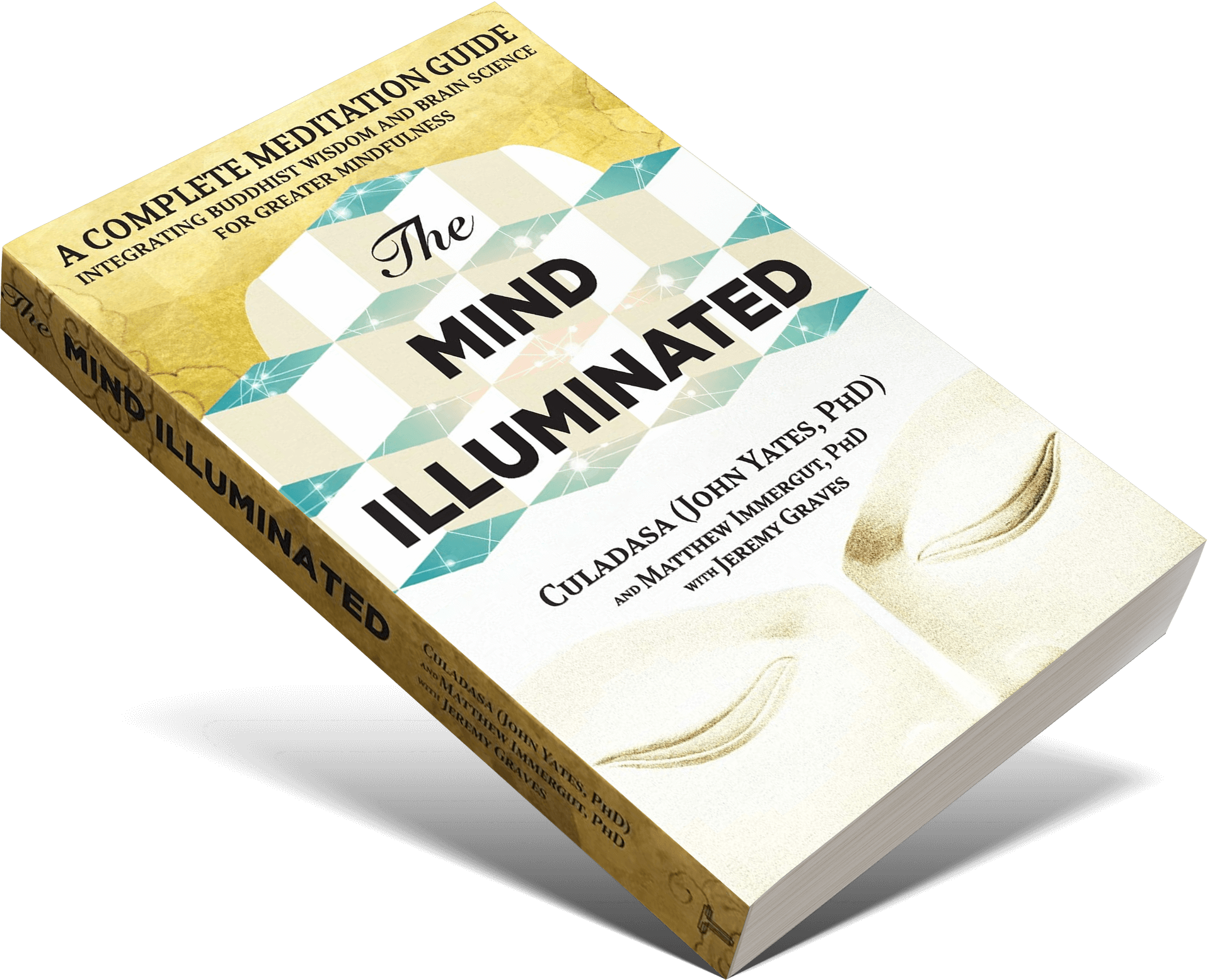 The Mind Illuminated is a comprehensive meditation guide that combines neuroscience research with ancient teachings on meditation and mindfulness. I’m part of a community of meditators who prefer the practice it describes. A fellow member approached me with an idea for a project.

We were displeased in our experience using meditation apps because they were too oversimplified and commercialized to assist the elaborate and traditional TMI-based practice.

We surveyed the community about their habits and experiences using digital products to assist their practice. 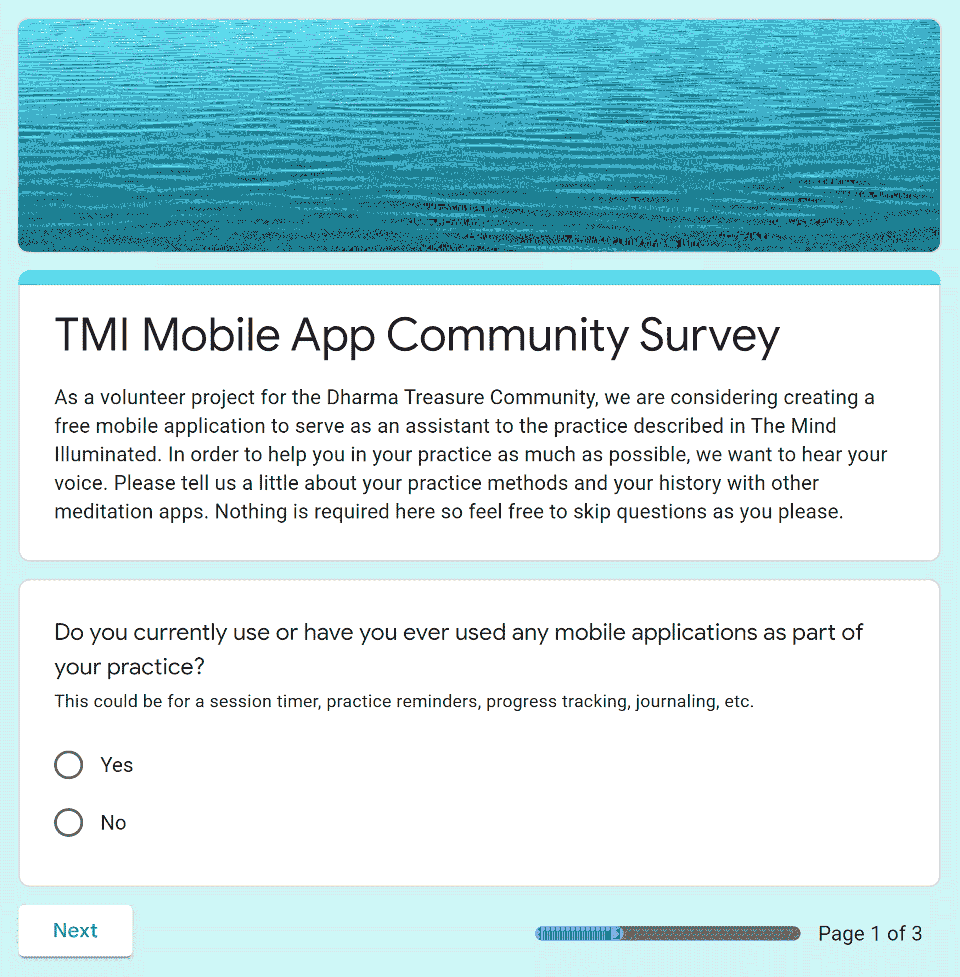 After reviewing preferences, grievances, and desired features from over 200 responses, it was clear that existing meditation apps did not meet this group's needs.

How might we help TMI meditators be more engaged in their sessions, practice according to the guide, & progress through the 10 stages?

Designing features according to user needs

To identify distinct personas for whom to design, I tried to segment our users into groups according to their specific practice routine. However, TMI describes 10 stages of progress, each defined in terms of the mental behaviors one experiences and the resulting routine, so a typical session changes gradually as one progresses.

The product had to be a flexible harmony of features to accommodate users of all stages rather than a rigid set of features with each dedicated to a specific segment. It had to be adaptive in function and therefore modular in form. 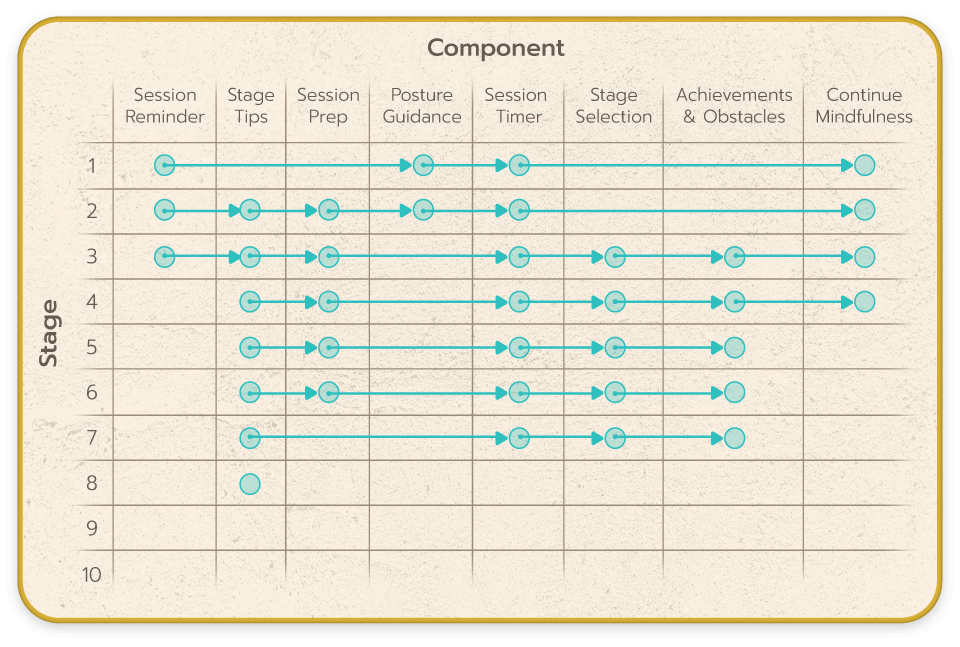 Testing the usefulness of these feature concepts was the greatest challenge because they couldn’t be prototyped using a screen design tool. Each required a unique method.

The first concept to test was a form that would prompt for and record responses to TMI’s 6 session preparation points. I simulated this using Otter, a voice transcription app. Participants used it to record vocal responses before their daily session for two weeks.

The next concept was a post-session reflection journal entry form. I created a Google Sheets file with the intended fields and instructed participants to fill it out after their daily session for two weeks.

“I would only use this if it were mostly automated.”

The last concept to test was mindfulness reminder notifications to continuously maintain mindfulness. Existing apps are too repetitive, predictable, and abrupt, quickly losing their novelty and becoming annoying distractions. The TMI App would randomly play subtle ambient sounds related to a daily session theme to maintain novelty, delight, and surprise, encouraging engagement indefinitely. Participants downloaded 7 audio files. After each daily session, they set the contact-specific notification sound for my phone number to the corresponding theme. 3-5 messages were scheduled each day for two weeks.

Half of all users did not find this useful.

Some would use it briefly for a specific time range.

After sketching flows, I created prototypes for remote testing with community volunteers and in-person testing with local meditators. I returned to the whiteboard to create 3 alternative concepts for each of the 7 main issues these tests revealed. I chose one concept or combined multiple concepts to update the prototypes. This process repeated 3 times for a total of 9 concepts per issue, forged into 1 interface, and recurrently validated by 15 users. 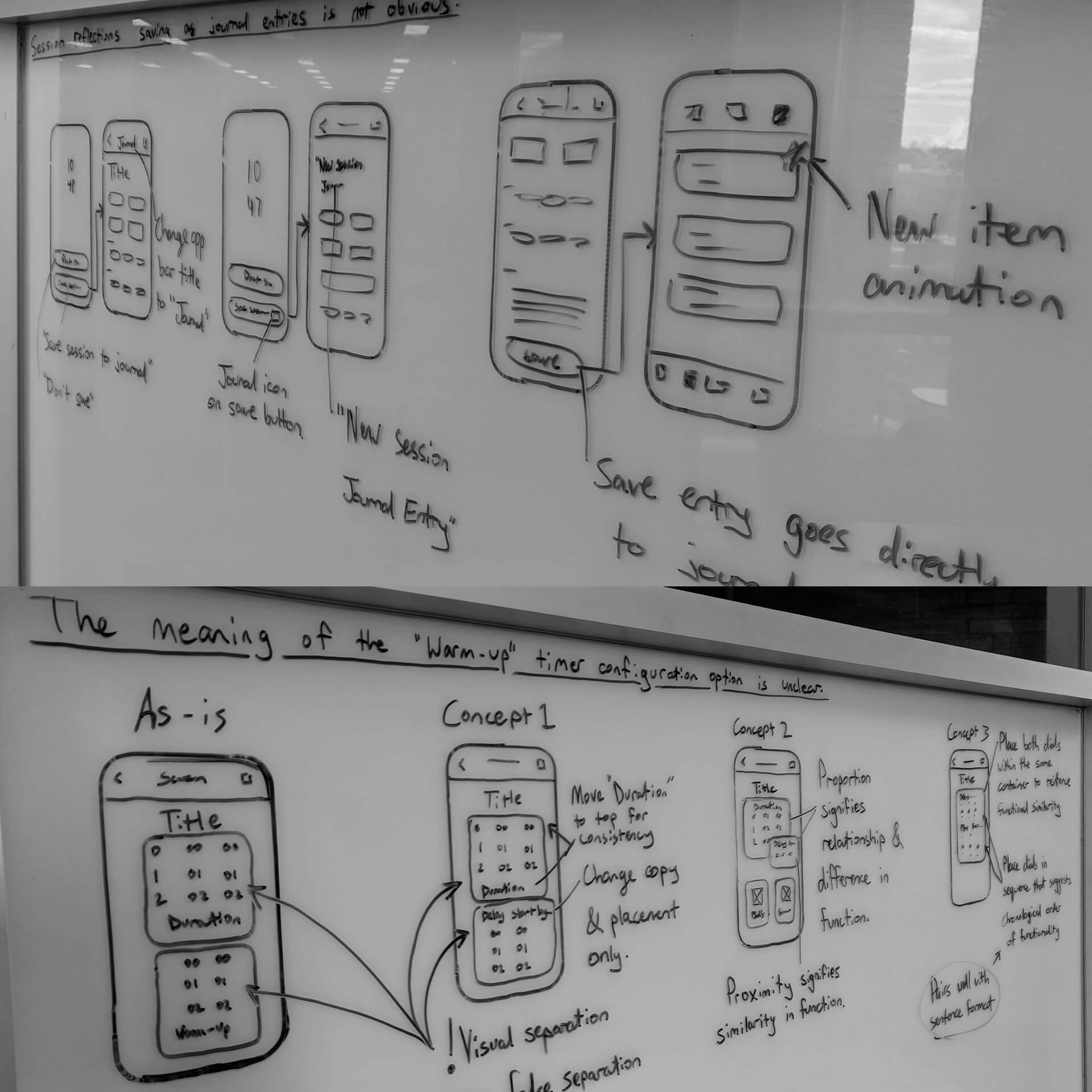 A gentle, calm, and comfortable feel, reminiscent of the practice. 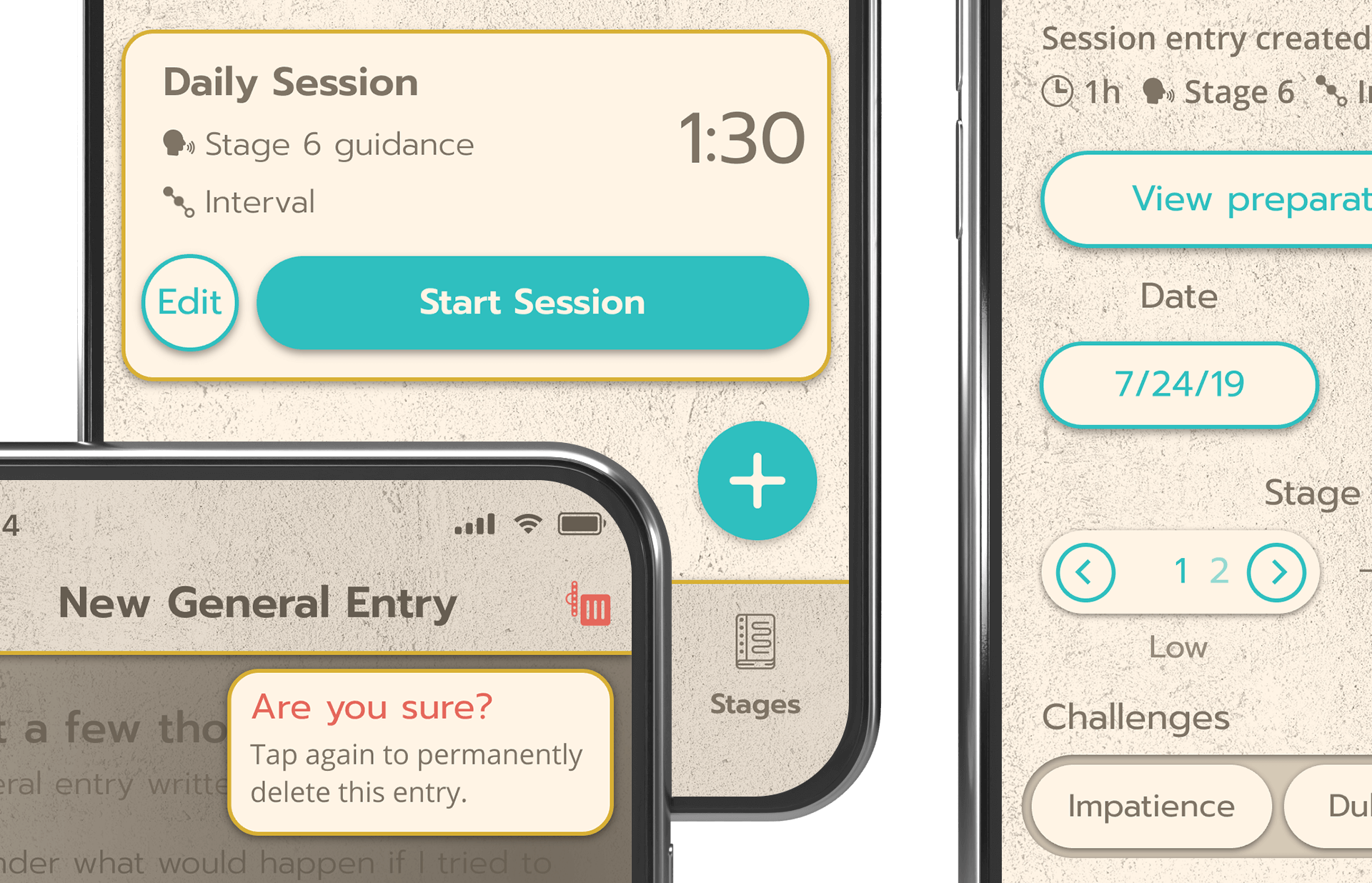 The cover’s natural tans, delivered by rock textures to reinforce age, segment navigation bars, list items, and input fields. Buddhist art is elliptic in composition and detail, so circles and rounded corners create a gentle, calm, and comfortable feel. Accents of Buddhist gold, darkened by age and animated by gradients, venerate ancient wisdom. The cover’s vivid cyan adds a contrast of modern energy to signify interactivity and success with a rare equal red for error and destruction.

I crafted a cohesive icon set with corners of equal radius, round-capped strokes of equal weight, and decorative circles of equal size. It’s detailed enough to be unique yet simple enough to be recognizable and sharp on low pixel density screens. 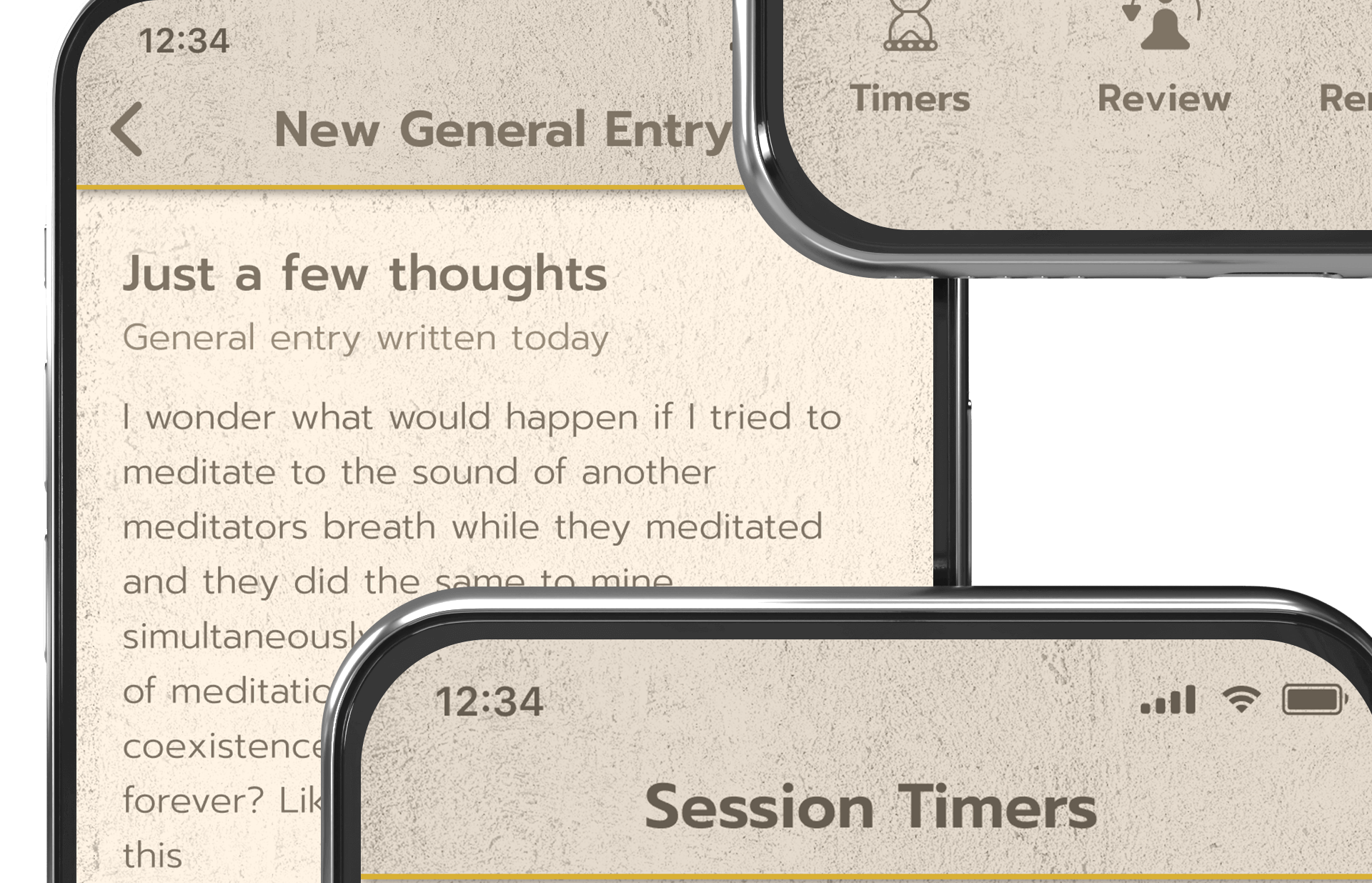 The typeface also required this balance of function and stylistic consistency. I found Prompt by Cadson Demak to be attractive in large headings yet functional in small labels. It’s wide proportions and generous negative space deliver the gentle, calm, and comfortable feel, while it’s dramatic curves and natural details speak dignity and tradition. Prompt is too wide for body text on small screens so I chose the eminently legible and neutral Open Sans for this purpose.

When designing and prototyping, I spent too much time scrutinizing details which I would later discover to be irrelevant. This was time I could have spent considering new insights revealed during testing. I’ll now prioritize early and efficient validation to the greatest possible degree.

Focus on a few key features

The features were designed to be harmonious. To be a true meditation companion, each had to be of commensurate quality. My success in dedicating resources to refining an essential few features and avoiding substandard outliers reinforced my belief in this principle.

I overemphasized my own responsibility to address every question before realizing that users already have most of the answers. People have an innate passion to create solutions to their own problems and they will always understand themselves better than anyone else. They should never be excluded from this process. I’ll now involve users earlier and more frequently.

HOW CAN I HELP?

Explore my skills, tools, & accolades.
HOW CAN I HELP?
EXPLORE PROJECT

Send me a message or find me elsewhere.

Your message has been sent. I'll get back to you soon!
Your message failed to send. Contact me on social instead 👇🏽
Instagram
Behance
LinkedIn